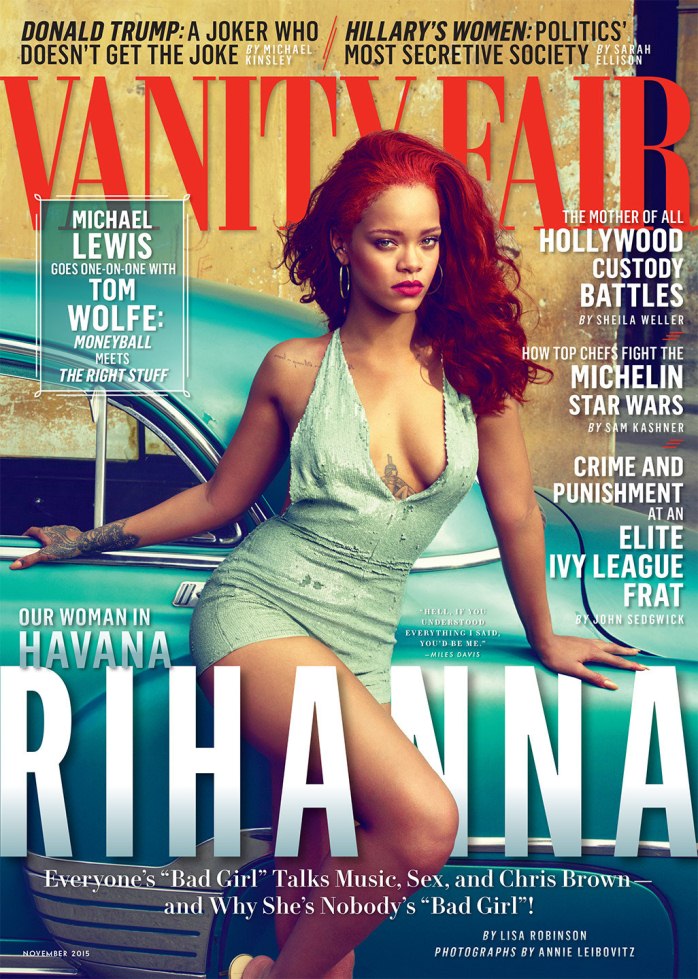 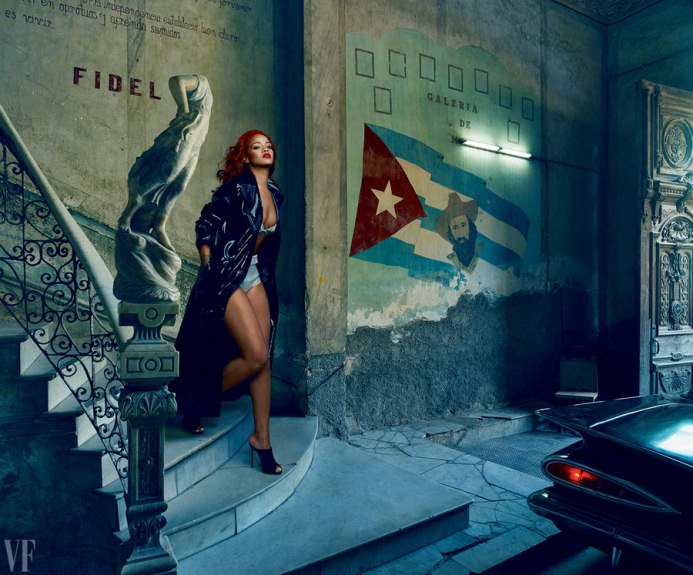 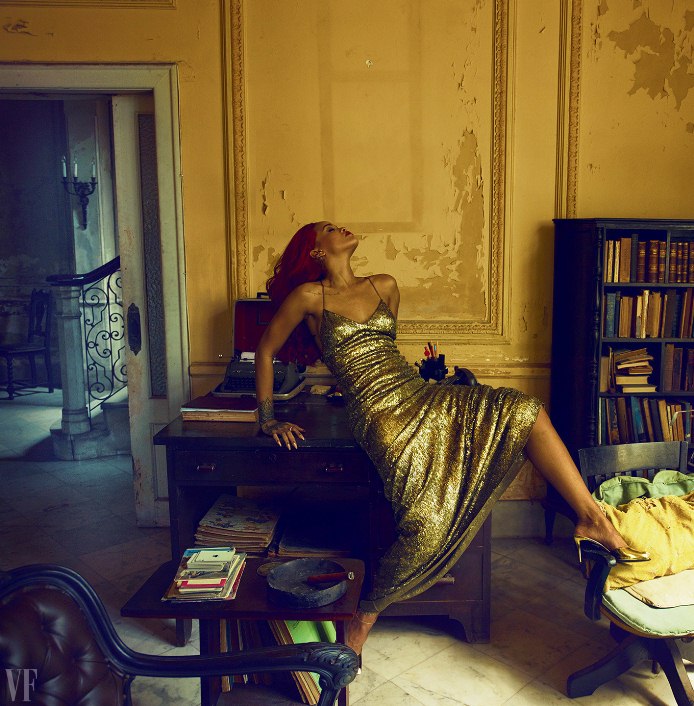 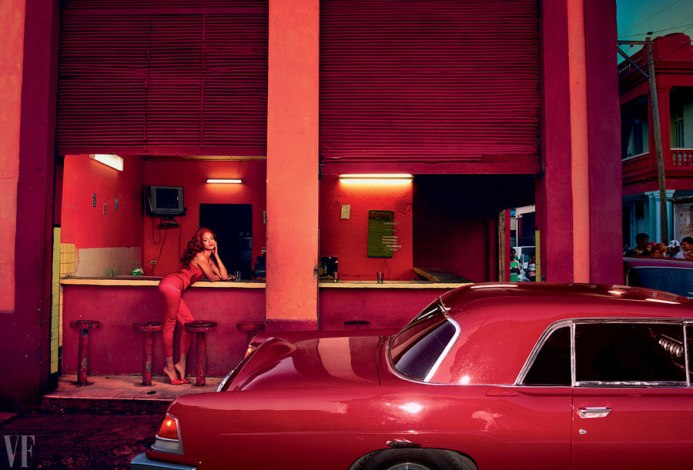 “What makes Rihanna special—outside of the music—is that she is someone who is genuinely herself. People connect with her. You are seeing the authentic version of who she is. You can see her scars and her flaws…. She’s gone through things that everyone’s gone through—dysfunctional relationships, things that played out in front of everyone’s eyes—and she’s done a real good job of keeping her life private, but just living her life as a young person … unapologetically. You have to have a tough skin in this business; you’re going to hear some things about yourself that you’re going to think, What?? Are you crazy?”

“I honestly think how much fun it would be to live my reputation. People have this image of how wild and crazy I am, and I’m not everything they think of me. The reality is that the fame, the rumors—this picture means this, another picture means that—it really freaks me out. It made me back away from even wanting to attempt to date. It’s become second nature for me to just close that door and just be O.K. with that. I’m always concerned about whether people have good or bad intentions.”

“We were still dating…we were just three months in and I liked his vibe, he was a good guy, and then paparazzi got us on vacation in Mexico. He handled it well; I didn’t. I got so uncomfortable because now what? He’s not even able to be seen with [another] girl, because I’m dragged back into headlines that say he’s cheating on me, and I don’t even [really] know this guy. Some guys…I don’t even have their number. You would not even believe it.”

“This industry creates stories and environments that can make you uncomfortable even being friends with someone. If you see me sitting next to someone, or standing next to someone, what, I’m not allowed to do that? I’m like, are you serious? Do you think it’s going to stop me from having a friend?”

“I’m the worst. I see a rumor and I’m not calling [them] back. I’ve had to be so conscious about people—what they say and why people want to be with me, why people want to sleep with me. It makes me very guarded and protective. I learned the hard way.”

“Now men are afraid to be men. They think being a real man is actually being a pussy, that if you take a chair out for a lady, or you’re nice or even affectionate to your girl in front of your boys, you’re less of a man. It’s so sick. They won’t be a gentleman because that makes them appear soft. That’s what we’re dealing with now, a hundred percent, and girls are settling for that, but I won’t. I will wait forever if I have to…but that’s O.K. You have to be screwed over enough times to know, but now I’m hoping for more than these guys can actually give.”

“He’s one of my favorite people. He’s got so many layers and he’s such a good person—focused, disciplined. I mean you can’t tell me that you have to be in the club when Eminem is legit at home and being a good father and is still one of the most prestigious rappers of our generation. He’s one of the most talented poets of our time. It was such a brilliant moment to have him ask me to be part of a record; I felt … anointed, because he thought I was cool enough to be on [“Love the Way You Lie”]. But also, the lyrics [about a dysfunctional relationship] were just so true to what I felt and couldn’t say to the world at that time.”

“I think she was a bit of a hero, because she kind of flipped on society a little bit. Is it such a horrible thing that she pretended to be black? Black is a great thing, and I think she legit changed people’s perspective a bit and woke people up.”

On her CFDA gown:

“I wanted to wear something that looked like it was floating on me. But after that, I thought, O.K., we can’t do this again for a while. No nipples, no sexy shit, or it’s going to be like a gimmick. That night [at the C.F.D.A. awards] was like a last hurrah; I decided to take a little break from that and wear clothes.”